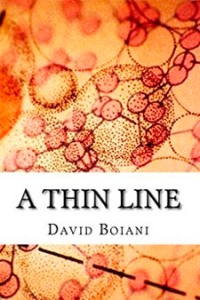 Seattle detective John Corbin spends his working life catching rapists, murderers and paedophiles, but a new killer is on the prowl, ridding the world of villains before the police can intervene. As Corbin discovers more bodies, he is faced with a dilemma – the gap between good and evil appears to grow ever smaller, and Corbin begins to wonder if he knows the difference any more. And if that’s the case, what should he do about it?

David Boiani has written an interesting novel, where instead of the usual police procedural, we follow the central character (Corbin) as he struggles to deal with the horror and suffering he faces every day. The story is peppered with some pretty grisly scenes (wonderfully described BTW), so those not possessed of a cast-iron stomach may want to give it a miss.

While this is a curious take on the usual cop/murder scenario, I found it hard to like the protagonist with his habit of dishing out advice and observations on life to all and sundry. He’s certainly a fascinating character, but by the time I finished the book, I’d had enough of him. Nevertheless, it’ll be interesting to see what Mister Boiani comes up with next.