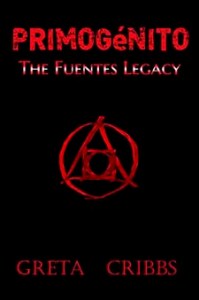 When Ashley’s husband develops a mysterious and frightening illness, she seeks out the one person who can help. However, Damian Fuentes has problems of his own to contend with, and dredging up deeply disturbing memories is the last thing he wants to do. Nevertheless, if he is to keep his family safe he must not only face reality, but the horror of his own past, and find a way to put an end to the terror that, one way or another, will eventually catch up with him.

Greta Cribbs has written an interesting tale that, though steeped in mystery and ancient magic, manages to avoid the generic elements fantasy writers usually rely on. The plot builds slowly, developing the relationships between the characters and their interwoven histories. The characters of Jenn and Damian are particularly well rounded and their anguish is nicely conveyed without over-egging the emotional custard. I also liked the character of Bob, whose laid-back style added a touch of humour. At times, the pace felt a little too slow and I found myself wanting to skip forward, but overall this is a clever and well thought-out novel that made a pleasant change from the usual clichés we find in this genre.

4 comments for “‘Primogenito’ by Greta Cribbs”