Thinking back to when you started writing, what are common mistakes new writers make?

Ugh. So many. Or maybe that was just me.

Probably one of the biggest mistakes new writers make now is thinking that it’s all about some silver bullet – that having a blog, or doing some Facebook post or ad, or appearing in some magazine or website will mean success and fame and fortune to the point that JK Rowling will have to come to them for loans.

The reality is that those things ARE important… but they have very little value on their own without a quality product to provide. By “quality product” I mean that the writer has made something available (a story, a book, whatever) to his/her public that

This last is overlooked often. Indie writers often strive for “good enough” when the reality is that they NEED to be better than everyone else. If I’m selling a book for $4.99, it has to be better than any traditionally-published book you can get for that price. It has to be ten dollars of quality (and more) to get people to read it, love it, and (most importantly) pass the word on to friends and become a true fan.

So get out there. Market. Be available. But do the work first. The foundation is the product. 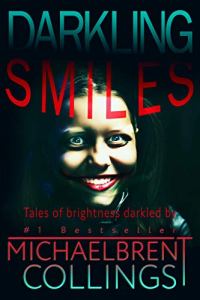 Well, maybe not the WORLD. The United States, yeah. And of course, I’m number one to my mommy. Heh.

As for whether I write to please others or myself: a bit of both! The reality is that if you want to be a full-time author who can provide frills like “food and water” to yourself and your family, you have to have the audience in mind. There are plenty of things that sound interesting to me as concepts, which I discard because I don’t think that my readers and my POTENTIAL readers will find them interesting enough to buy. If you want to do this as a profession and a career, then you have to do it like any other business: it’s market-driven, and business analytics/product targeting are crucial.

That said, it’s hard for me to write things that I have no personal stake in. Don’t get me wrong: offer me the right price and I’ll swallow my boredom and still put out a good, high-quality product – again, that’s part of being a professional. But when I’m writing spec work (that is, a book or script or whatever that I’m writing for no up-front money, in the hopes that it will make me money in the end), I am always writing something that I find of interest as well as something that (hopefully) my fans will buy.

Where did your interest in horror and scary stories begin?

As a kid. My dad was (no kidding) the world expert on Stephen King for decades, so I grew up with screaming and typing alternating in the next room. He had a home office at home, and you’ve never really lived until you’ve heard “Heeeere’s JOHNY!” in the next room while you’re trying to sleep. As a ten-year-old.

You write for children as well as adults – how do you approach each of these, or is there no difference?

There is a difference, but it’s less of a one than people think. Kids have seen – and survived – things like natural disasters, home insecurity, abuse, and worse. They’ve thrived after, and they have a resilience that most grown-ups would probably kill to have. So there’s very little I can’t address, even in a children’s book. The biggest difference is in vocabulary.

For example: in a book like Scavenger Hunt (my newest, which comes out on Halloween!), there is death, destruction, and some very wicked people involved in it all. The suspense and terror are explicitly stated (though not gratuitously so, I hope). The thrills are made to appeal to an adult’s sensibilities, and the language is crafted to bring out the fear and the hope and everything in between to my fans of horror/thrillers. 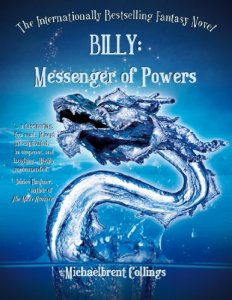 In contrast, my Billy Saga is a middle-grade trilogy. In it there is death, destruction, and some very wicked people involved in it all. The Billy books are arguably even worse in some ways, because while Scavenger Hunt deals with a group of five people who have been selected as unwilling participants in a deadly game (scary!), the Billy books deal with groups of people who are committed to acts of genocide, eugenics, and worse. In fact, the first sentence of the last book reads, “The third time Billy Jones died, the entire world died with him,” (or something like that; I’m going off memory here).

But the two books approach their horrific subjects using different language. I’m not there to mess kids up, so the language in the Billy books speaks in a way that I hope they will understand, but which I also hope will be less an intrusion into their comfort and more an enlightening of their world. Kids need to know that the world can be dangerous; that the good guys don’t always win. But they need that as a gift, not as a curse. Hopefully my work reflects those goals. 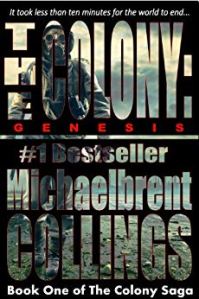 With series like The Colony Saga, do you set out to create a series, or does that happen naturally?

That said, occasionally I’m surprised with the structure of a story. I wrote a book called This Darkness Light about a man who wakes up in a hospital room with no memory of his past, who is immediately hunted by pretty much every nasty assassin and/or hitman the government can bring to bear. I thought it would be a standalone, but recently realized it was going to be part of a series. But because I have to do things wrong, I also realized that This Darkness Light was going to be the last book in the series, even though it was published first. So I’m starting to gear up for Of Darkness Born (working title) which will be the first in a series of John Doe adventures that will culminate in the final book (already written) This Darkness Light. 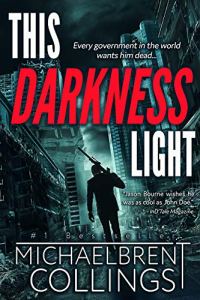 You have a prodigious output as a writer – do you have any routines that help you to generate new ideas and stay motivated?

My routine basically revolves around a combination of “do as much as I can on the days when I can.” I have some physical and mental health disorders that get in the way a lot, so on days where I’m up and at ‘em I tend to work hard, work fast, and work long. I’ll typically get in 40-70 hours of work a week… but it’s not at all unusual to have it all crammed into three or four days, because the other days were filled with various levels of pain/crazy.

So it’s just work when I can, as informed and motivated by guilt when I can’t.

Do you have many unpublished novels/stories?

A few. Not many; at this point if I write something, like I said earlier, it’s already gone through a pretty strict vetting process to make sure it’s something I can and will publish.

See the previous one: I write as much as I can. But set schedules? *hysterical laughter*

What is the best investment you ever made in your writing?

That sounds both sappy and trite, but it’s true. I don’t know any successful writer that didn’t have a rock-solid support system in place starting out – be that friends, family, or something else. Writing is a solitary job, and we think that writers are this Gollum-creature that sit in dark rooms and whisper “My preciousssss” as they type. And that’s true. But a big difference is that Gollum didn’t have to pay rent, or understand a check book, or wear pants. My wife is there for the things I don’t understand in life, or for the things I DO understand, but so often forget to attend to.

So yeah. The wife. Best investment ever.

As well as novels, you’re also a screenwriter – how did you get into screenwriting and was it always an area that interested you?

When I was a kid, a friend brought a copy of the screenplay for Terminator II. I’d never seen a screenplay before – I thought movies just kind of appeared on the screen through some act of Divine Will or something – and reading it was a revelation. It opened a huge, wonderful world for me… and I’m so glad it did!

What is the most exciting/interesting aspect of writing for you?

Same as for everyone, probably: the beginning and the end. I love coming up with a concept that intrigues, excites, and delights me – and that I believe will do the same for my various audiences. And I love putting the final touches on a piece, then letting it loose into the wild reaches of others’ imaginations. Stories are like people that way: they can survive under pretty rough conditions, but they tend to do better when they start off in a loving place and then go forth into a world that welcomes them.

Find out more about Michaelbrent on his website and his Amazon page. You can also catch him on TEDx.