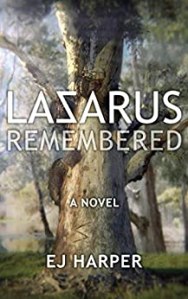 Learning that his mother Lydia is dying, Peter Mackenzie’s life erupts as work demands, arguments with his partner and the urgency to return to Australia all converge in a flurry of pressure and anxiety. Having left his home as a teenager, Peter has plenty of reasons for not going back, but if he doesn’t, he may never see his mother again. Confronting the family and friends he left behind won’t be easy, while the secrets and lies that forced him to leave, don’t make his decision any easier.

The beginning of this book had me gripped from the first page – the hero’s struggle with the news of his mother’s illness and an unexpected emergency at work, throws him into a quandary that feels very real. However, as the narrative shifts from first person to all-seeing narrator, the story seemed to lose a little of its appeal. (I’ve spent enough time in the past ranting about all the reasons why this technique annoys me, so won’t go through it all again. Suffice to say I think the story would’ve worked better from a single POV. And yes, of course it’s just my opinion, blah blah blah…) I also wondered why the Kindle version is formatted like a non-fiction book, but that’s another story.

Moving through a series of flashbacks from the early sixties onwards, the story flits about, charting Peter’s relationship with his mother and family. The Australian bits are nicely done, and the author’s descriptions as we move through the different timeframes, have an authentic flavour to them, allowing us to hear and differentiate between the voices of each character. As a domestic drama with a bit of a mystery attached, it works very well.

A thoughtful and appealing first novel.

← ‘Rivers of London’ by Ben Aaronovitch
‘Neverwhere’ by Neil Gaiman →