Books for adult readers, plus a handful of freebie short stories.

NB As an Amazon Associate, I earn from qualifying purchases – this applies only to header ads and the links for my own books, not reviewed books.

When consumptive Doctor Edward Armstrong turns up at Baker Street with an invitation to visit a mysterious island, Sherlock Holmes smells a rat. Sounding deviously similar to the plot of a recent novel by celebrated lady author Mrs Christie, Holmes decides to send his inveterate side-kick Watson to the island, along with the Doctor’s lovely, but wonky-eyed wife, Mary, and a well-known Scotland Yard detective. Adult humour throughout.

Available from Amazon, Smashwords, Barnes and Noble and Kobo.

A Long Cool Glass of Murder

When taxi driver and amateur sleuth Terry takes on a new client, he doesn’t expect her to turn up dead. With echoes of his recent past coming back to haunt him, can Terry work out what’s going on before someone else gets killed?

Available from Amazon and Smashwords. 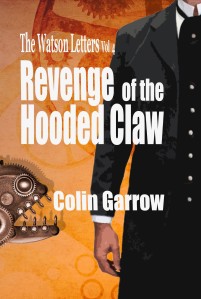 The Watson Letters – Volume 4: Revenge of the Hooded Claw

In three more adventures, the tenacious twosome encounter an ocean-going iceberg, an American werewolf and a gigantic metal fish , as well as facing old enemy Moriarty, who plans to finish off Sherlock Holmes for good. Adult humour throughout. 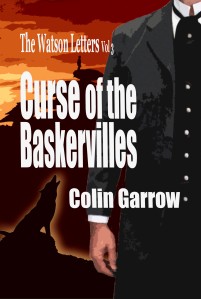 The Watson Letters – Volume 3: Curse of the Baskervilles

In an almost post-Victorian, parallel universe, Holmes and Watson embark on three more adventures: the intrepid duo tackle a ghostly locomotive, journey to Dartmoor in search of a gigantic hound, and team up with bloodthirsty psychiatrist Hannibal Lecter in the hunt for a murderer. Adult humour throughout. 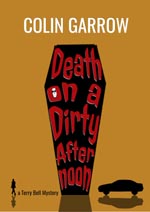 Death on a Dirty Afternoon

When taxi driver Frank is found dead on his dining room table, ex-cabbie Terry Bell assumes his old friend died of a heart attack. But when Terry’s former boss also turns up with his face bashed in, it starts to look like there’s a connection.

Faced with a Detective Inspector who doesn’t like coincidences, and a series of threatening letters, Terry does a bit of investigating of his own, but when another body is discovered, the temperature starts to rise – in more ways than one.

The Watson Letters – Volume 2: Not the 39 Steps

In a not quite Post-Victorian, steampunk parallel universe, Holmes and Watson continue their fight against crime…

In the second volume in this madcap adventure series, the intrepid duo team up with Richard Hannay to do battle with Moriarty in Edinburgh’s subterranean passageways, investigate a series of murders at Cold Comfort Farm and tackle the bloodthirsty Count Dracula in Transylvania. Adult humour throughout. 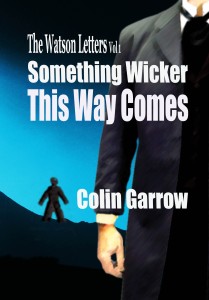 The Watson Letters – Volume 1: Something Wicker This Way Comes
Read an extract.

In a not quite Post-Victorian, steampunk parallel universe, Holmes and Watson continue their fight against crime…

Based on the infamous Blog of the same name, this is my take on the Holmes and Watson stories, pitching the detecting duo into Whitechapel, the Western Isles and the Village of the Damned. Adult humour throughout.

Short stories which hint at the darker side of life: a dead wife comes back from the grave, a sinister agency demands a lot from its workers, an unhappy lover yearns for a way out and a cleaner finds her employers have disappeared…

Available from Amazon and Smashwords.

How the World Turns (and Other Stories)

First collection of stories.
He thinks that when he walks, his own feet propel the earth: that his movements keep the world going round. Literally. Each stride supplies the momentum for another motion forward, the ground shifting backwards beneath him, away into the distance. Except, when he stops walking…

Writing: Ideas and Inspirations (or How to Make Things Up)

As most successful writers will tell you, one of the hardest things about writing is getting started. In this collection of articles, Writer, Musician, Hermit and Time-Traveller Colin Garrow explores ways of generating ideas, creating characters and developing stories. Using examples from his own stories, novels and stage plays, he’ll show you what to do, what not to do and how to keep at it. Whether you’re struggling to get started or wondering how to write amazing dialogue, this book is for you. 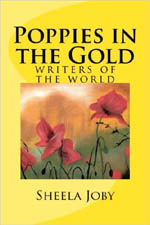 Poppies in the Gold

(Includes Colin Garrow’s flash fiction pieces, ‘Doorway’ and ‘Red Red Wine’).
Collection of stories from over the globe, with all profits going to rape charities.

Most of my short stories are available to download free via Smashwords, Barnes and Noble, Apple and Kobo, however you can also access them from my Freebies page.

Mary and the Professor