The following stage plays were all performed by WACtheatre (The Writers and Actors Collaboration Theatre Co), between 2008 and 2011. The playscripts are all available in eBook and paperback (except for ‘No Phones’ which you can download free). 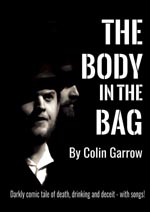 The Body In The Bag

Edinburgh, 1827. In their shabby lodging house, William Hare encourages his drinking partner William Burke to think about the future, about an easier way of making a living. When one of Hare’s lodgers dies, the scheming duo plan to take the body to the medical school where corrupt surgeon Dr Knox exchanges cash for cadavers…

Towards the Inevitability of Catastrophe

It sounds like her, has her laughter and her pain. But it isn’t her. Or is it? This is a play about Suzy, though…not really. It’s a play about things that may, or may not have happened in her life. It’s her voice alright, the way she normally speaks. And it’s the way she moves. It’s definitely her laughter, her smile. And when she gets angry, maybe that’s real too. Or maybe not. 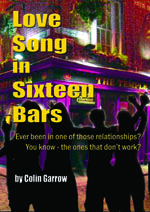 Ever been in one of those relationships? You know – the ones that don’t work? Whenever Shona embarks on a new relationship, she always ends up getting dumped. So when her latest one starts to hit the rocks, she decides to find out why.

No Phones on Planet Pluto

Revealing, touching and amusing tales based on the stories and experiences of mental health service users.

Written by Colin Garrow and Suzanne Enoch, ‘No Phones on Planet Pluto’ was first performed as part of the Scottish Mental Health Arts and Film Festival, at the Lemon Tree, Aberdeen on 20th October 2009. You can see footage of the rehearsals on You Tube.