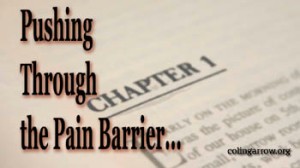 Whether you’re expecting to churn out 50,000 words or 150,000 words, getting to that last sentence – the one that tells you the book is finally done – can be a bit of a battle. For me it’s also the justification that even though for most of the process I didn’t really know what the hell I was doing, I still got there in the end.

Okay, I know those of you who are planners might think that my way (seat-of-the-pantsing) is a bit hit and miss, but it’s also what makes finishing a book that much more satisfying. When you don’t know what’s coming, the ending can be as much of a surprise to the author as to the reader.

I hate planning, so when I started writing ‘Death on a Dirty Afternoon’ I only had three things in my head:

1 The title
2 The first line
3 That I knew it was going to be about a taxi driver.

The title was inspired by some of my children’s novels, in that I wanted it to have five words (The Hounds of Hellerby Hall, The House That Wasn’t There etc) as well as a bit of alliteration.

The first line came from a bunch of examples I made up when I was writing my series of articles about writing. At the time, I liked the sound of it, though didn’t have any plans to use it, or any idea where it might take me if I did:

Frank had lain down on the dining room table before, but in the past he’d always been either sound asleep or dead drunk. Now he was just dead.

I’ve already talked about the inspiration for the taxi-driver character in a previous post, so I won’t repeat it here. However, it was the title and that first line that got me started and kept me going to what I suppose would have been the half-way mark.

And it was at that point I got stuck.

Now, I’m not a writer who often gets stuck, so to become aware of that feeling creeping over me, the one that whispers ‘Hey buddy, maybe you’ve been wrong all these years and writer’s block does exist?’ was a little scary. So what did I do? How did I get past it?

I kept on writing.

Yeah, I know, it’s easy to say it, but not so easy to do. However, because it’s generally the way I write anyway (without a damn clue where I’m going), it wasn’t really that hard. Well, I say that, but this time it actually was quite hard, because I’d already started to convince myself that maybe this was the one that would get the better of me. After all, even Stevie King has novels he’s never finished!

Even so, I was halfway through the penultimate chapter before I knew what the ending was going to be, and still, I wasn’t totally sure.

So what’s my point? Well, just that writing is bloody hard work and sometimes you have to do that athlete thing of battling your way through it even when it looks like there’s no hope of getting to where you need to be. Pushing through the pain barrier might sound a little drastic, but for me, sometimes that’s quite simply the only thing that’ll get me to the finish line.

Of course, there’s still that creeping Writer’s Block Monster hiding under the table, waiting for the next time, when he might get his claws into me and I won’t be able to…

← ‘His Kidnapper’s Shoes’ by Maggie James
The Trouble with Books… →

4 comments for “Pushing Through the Pain Barrier”