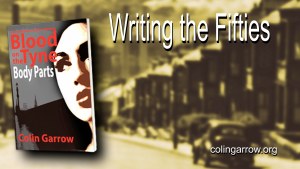 NB This piece first appeared on B for Bookreview, as part of the ‘Blood on the Tyne: Body Parts’ Blog Tour.

Beginning a new murder/mystery series is always fun, but sometimes it can throw up a few additional challenges, so how did the first book in the Rosie Robson series get started?

Creating a murder mystery novel set in the mid-1950s didn’t seem to pose too much of a challenge, but once I’d started writing, I realised there was no way I could do my usual thing of just making everything up.

Born in Newcastle, I’m a child of the Sixties, and while I have strong memories of the city, many streets and buildings that were part of the landscape during the fifties, were long gone by the time I was old enough to notice. What I needed, were images of the area I wanted to write about, so I got hold of a couple of great books, one of which, photographer Jimmy Forsyth’s ‘Scotswood Road’, proved invaluable. I discovered a distinct lack of cars (and vehicles in general), often giving the West End of the city the appearance of a ghost town. Kids played in the streets, with no concern for traffic, and parents didn’t worry about leaving their front doors unlocked or letting the ‘bairns’ play out until dark. No doubt there would have been a criminal element in the area, but the fear of crime many people have these days didn’t exist in the same way. 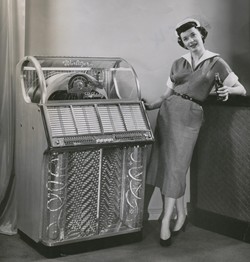 To give the story a sense of realism, I wanted to include a few of those everyday items we all need—food, clothes, money etc. I found some of the things I’d taken for granted, either weren’t easily available, or simply hadn’t been invented. Ballpoint pens, for instance, were in existence in the early part of the decade, but at an equivalent cost of £80.00 (in today’s money), were a luxury most people couldn’t afford—if you had to write something, you’d use a pencil, or if you were really lucky, a fountain pen.

The families in ‘Blood on the Tyne: Body Parts’ are either working class or what we used to call lower middle class. Most don’t have telephones at home and have to use call boxes. One thing that still existed when I was a kid, was the old A and B buttons—after putting your money in and dialling the number, you pressed button A to connect the call, or button B to get your money back. 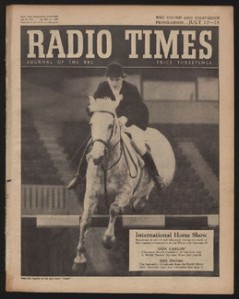 Music plays a big part in the story too, and I spent a lot of time listening to music that would have been available in 1955. Songs like Cotton Crop Blues, Mambo Italiano and Under the Bridges of Paris would have been familiar to Rosie Robson and her band, but with television still relatively in its infancy, there was no Top of the Pops to keep people up to date with the hit parade. However, Oh Boy! Six-Five Special and Jukebox Jury did make it onto our screens before the end of the decade, beginning in 1957, 1958 and 1959 respectively. New dramas hit TV screens too, in 1954 and 1955 with cop shows like Fabian of the Yard and Dixon of Dock Green, which gave people an insight into what the police did, even if they weren’t terribly realistic. In 1954, almost a third of households had TV sets. By the end of the decade, this figure would rise to three-quarters.

In the story, one of the locations is a nightclub. Several venues in the Newcastle area had the name Majestic, though my original idea of placing it on the Quayside, didn’t feel right, so I’ve been a bit vague about its location. While I do remember the building I knew as the Majestic, by the time I 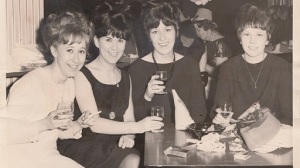 was old enough to go inside, it had been turned into a cinema. In the book, the interior is pure imagination—in particular, there are no stairs leading down to a deserted back lane and across a cobbled street to an equally deserted and foreboding outside lavatory where a body is discovered.

One of the police stations mentioned in the book did exist and was located close to where the Byker Wall (a vast block of maisonettes) stands today. The Prince of Wales public house in Byker (now called the Tap and Spile) is one I used to frequent as a student. Not far away is Clough’s sweet shop, a place I’m also familiar with, as I used to live in one of the flats above the shop. The sweets (or ‘bullets’ as we used to call then) were great, too. 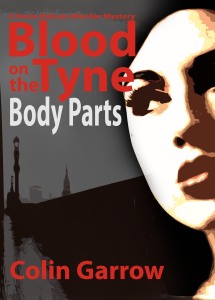 As for Rosie Robson, she was originally intended to be a man, a Chandleresque type private detective, who’d specialise in furrowed brows and would have an abundance of witty one-liners up his sleeve. But then I decided to go a different route and came up with a nightclub singer who isn’t doing as well as she’d hoped.

With any luck, things will improve for her, though I’ve a nasty feeling she’s never going to be far away from a grisly murder scene.

Blood on the Tyne: Body Parts is book #1 in the Rosie Robson Murder Mystery series.

Available from Amazon, Smashwords, Apple and Barnes and Noble. 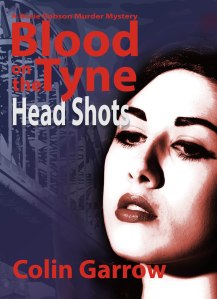 Book #2 in the Rosie Robson series, Blood on the Tyne: Head Shots is out now:

When a young model is murdered, the woman’s bereaved family ask singer and amateur sleuth Rosie Robson to investigate. But before she can check out the agency where the woman worked, the killer strikes again.

Book #2 is available at Amazon and Smashwords.

4 comments for “Writing the Fifties”